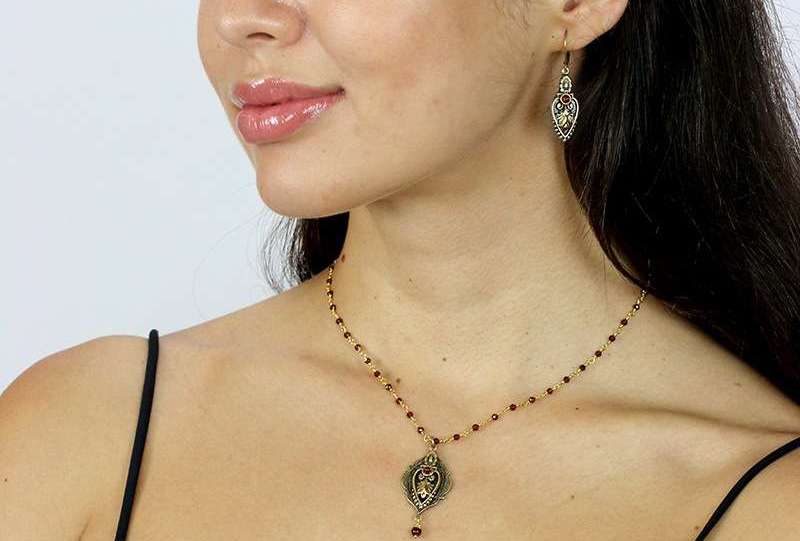 Hello everyone! Today I wanted to write about one of my favorite gemstones, garnet! It’s a gorgeous stone with a rich burgundy color that flashes bright red in the sunlight.

I’ve used garnet in so many of my collections (as you’ve likely noticed if you’ve been a fan of mine). This gorgeous color continues to inspire me and I hope this entry will give you a new appreciation for this often overlooked gem. Read below for some fun facts on this gemstone.

Although we typically think of garnet as a deep red color, it actually comes in a huge variety of shades such as green, yellow, blue, purple and even clear.

Garnet is the birthstone for the month of January.

The word garnet is derived from the Latin word for pomegranate, since the small red stones look so much like a pomegranate seed

Garnet has been used in jewelry since Ancient Roman times (which may explain it’s regal and timeless quality!)